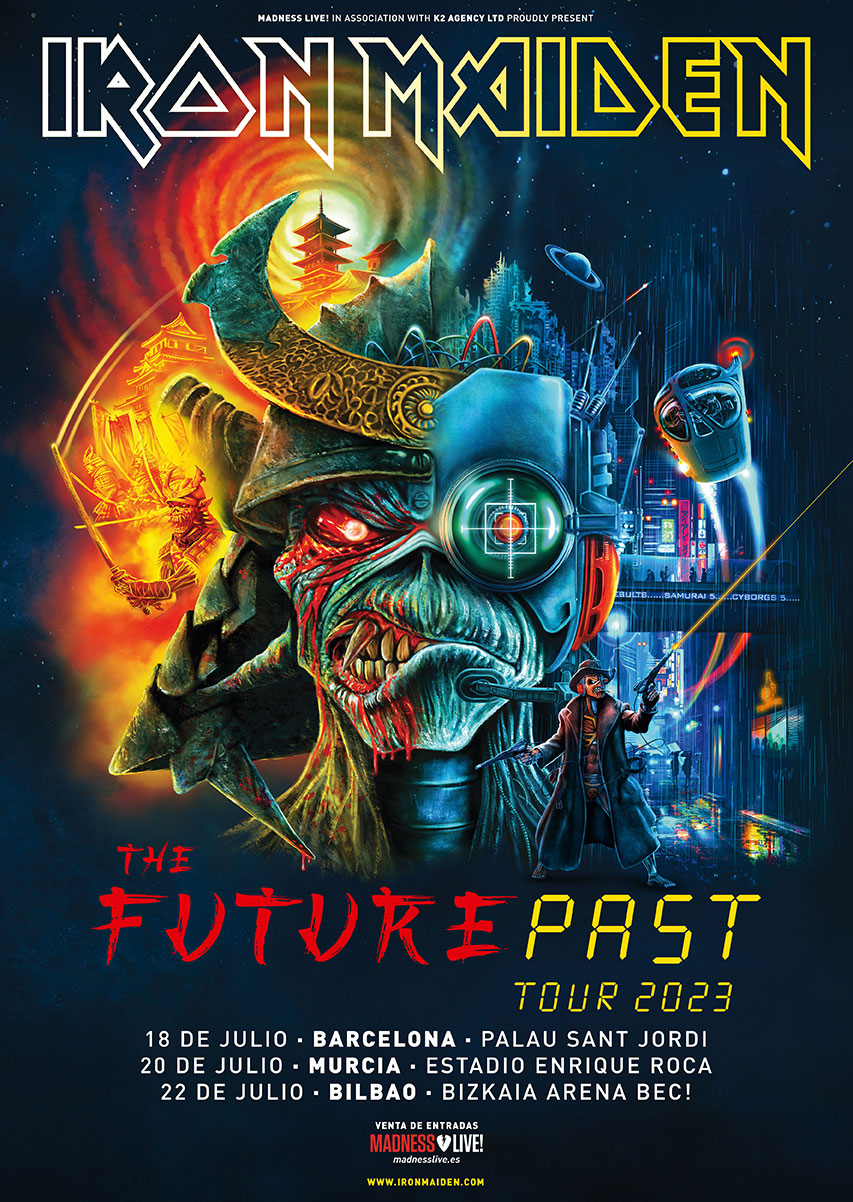 Iron Maiden, the greatest heavy metal band of all time, returns next year to our country with an exclusive tour, "The Future Past Tour 2023", and three dates that will take place on July 18th in Barcelona, July 20th in Murcia and July 22nd in Bilbao.

After taking the world by storm with their "Legacy Of The Beast Tour", which has covered their entire career for nearly two years, Iron Maiden are immersing themselves in a journey back in time to feudal Japan with their spectacular latest album, "Senjutsu" (2021), whose more complex and elaborate style takes a look at the band's great classics.

In the band's own words: "The Future Past Tour will feature a selection of previously unreleased songs from our most recent studio album, 'Senjutsu', projected onto 1986's iconic 'Somewhere In Time', as well as other classic cuts". Steve Harris adds, "It's been a long wait! 2023 promises to be an exciting year. We really enjoyed our last visit to Barcelona, so it will be great to come back again. It will also be great to return to Bilbao, where we haven't played since 2014 and Murcia, which we last visited in 2005!"

Iron Maiden Fan Club pre-sale: November 2 at 10:00 only at www.madnesslive.es

General Sale: November 3 at 10:00 only at www.madnesslive.es

Information for minors: Children under the age of 16 may only enter the venue accompanied by a parent or legal guardian.

Timetable: Final schedules will be published a few weeks before the event.