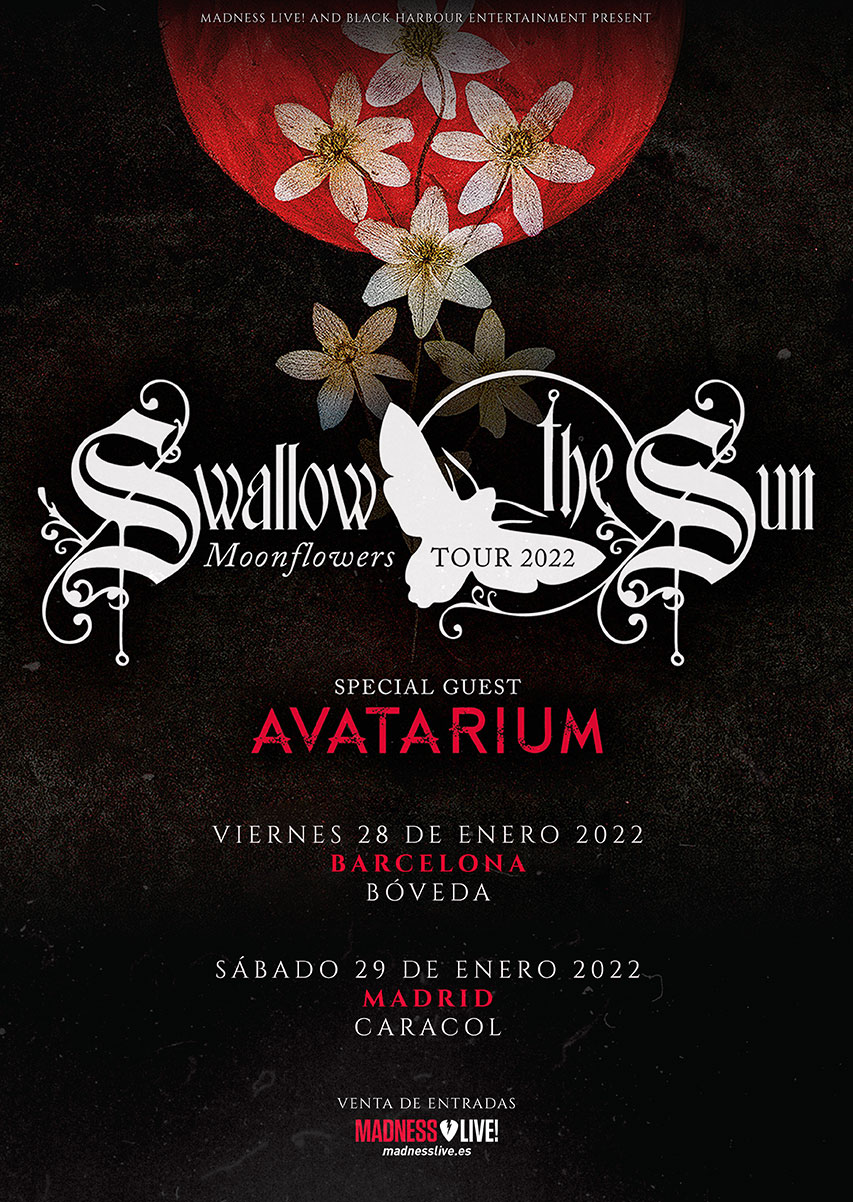 The Finns Swallow the Sun have had a relentless ascension. It's been a long way since their 2003 debut "The Morning Never Came", whose title was already quite an statement.

In 2009, with the release of "New Moon" the band found their space in the scene but it wasn't until the next decade that their triple 2015 masterpiece "Songs from the North" would show the perfect balance between darkness, beauty and despair, culminating in a true landmark of the genre.

2019 would show another step forward in the band's maturity in the form of the elegiac "When a Shadow is Forced into the Light". With its exceptional atmosphere, this full-length was inspired by the grief of a very close person by the band's mastermind, Juha Raivio, after two years travelling through the shadows writing the eight songs that are included in the seventh album of the band. A hearbreaking journey throughout pain, struggle, despair or acceptance resulting in one of doom metal's most recent masterpieces.

After recently making it to the first position of the Finnish charts with their live album "20 Years of Gloom, Beauty and Despair - Live in Helsinki", Swallow the Sun are ready to release new material in the form of a new album -"Moonflowers". Its single "Woven into Sorrow" sounds really promising and we can't wait to listen to the full record!

To make things even more exciting, the Finns doomsters will have the Swedish Avatarium as support band, a well-respected band founded by Leif Edling (of Candlemass fame) and the amazing vocalist Jennie-Ann Smith.

Definitely one of the best doom metal tours of 2022, make sure you don't miss the shows in Madrid and Barcelona!