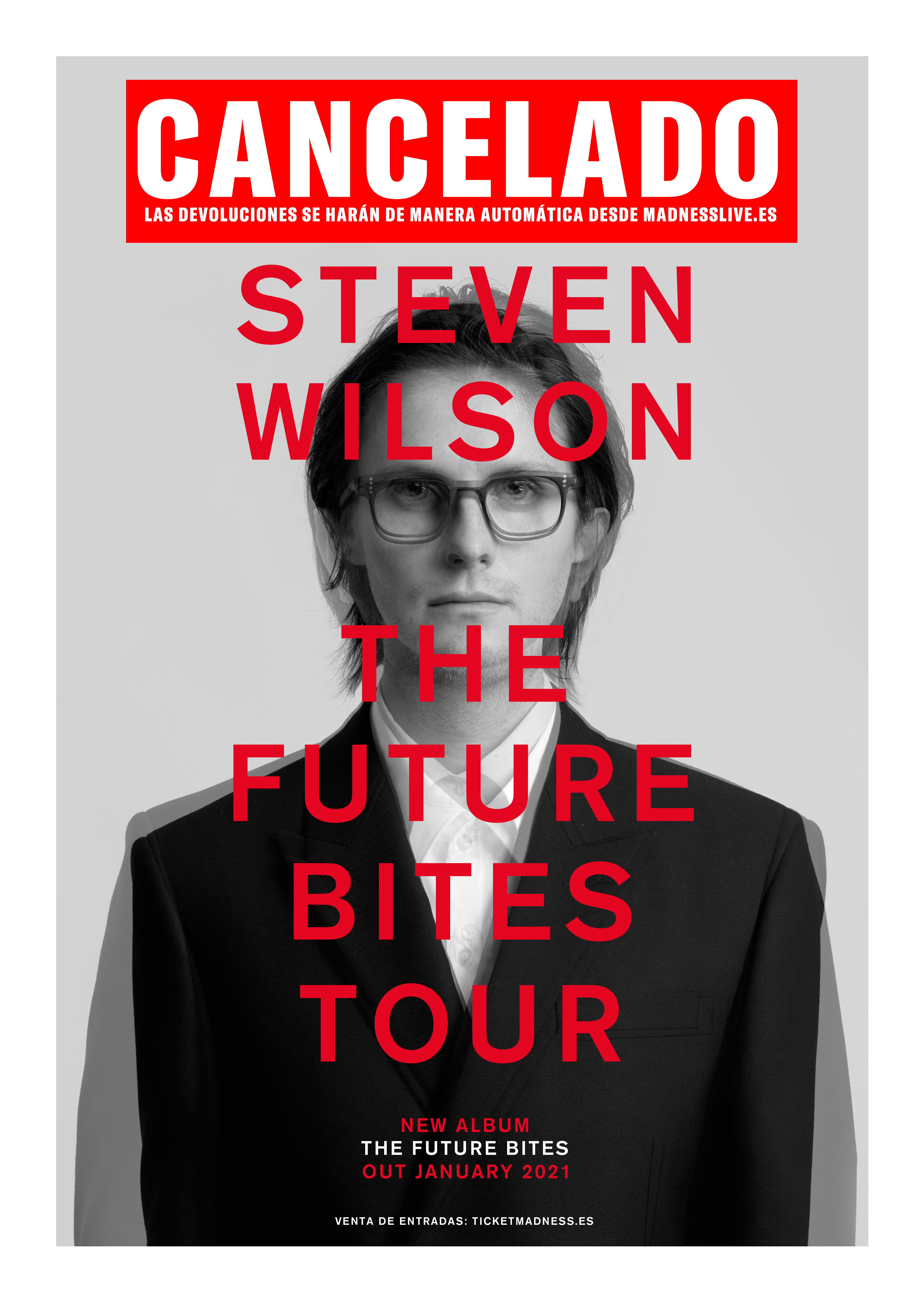 Aquí el comunidado de Steven:
"Sadly for the second time I am forced to postpone my tour to promote The Future Bites. The rescheduled dates were due to begin in September. While recent developments made me at least optimistic that the UK shows might have been able to go ahead (though no guarantee), the same is not true of much of the rest of Europe. With it now clear that it would not have been possible to proceed with many of the shows I have reluctantly made the decision to cancel the whole tour. As a solo artist so many of my expenses are in advance, rehearsal and musician costs, developing the production, so to then only be able to perform a handful of shows at best would simply not have been financially feasible. Once again I must apologise for the disappointment and any inconvenience caused. I plan to use the time creatively and to complete and release 2 new albums I have in progress in 2022 and 2023 respectively. With that in mind it makes more sense for me to now look forward to touring these albums instead, and to incorporate the TFB ideas and songs.

In the meantime there is more TFB related music on the way over the coming months in the form of some fantastic remixes and a release for the song Anyone But Me, which was originally the closing track on the album but which I replaced with Count of Unease. Right now I’m also working hard to finish my book which will be published later this year by Little Brown. News on all this soon.

The world is totally messed up at the moment, and the cancellation of my tour is not especially significant in the grand scheme of things, all the same I was very excited to be finally getting out there and interacting with real musicians in front of a real audience again, so this is a real blow. Thanks again for your understanding and patience. S x”