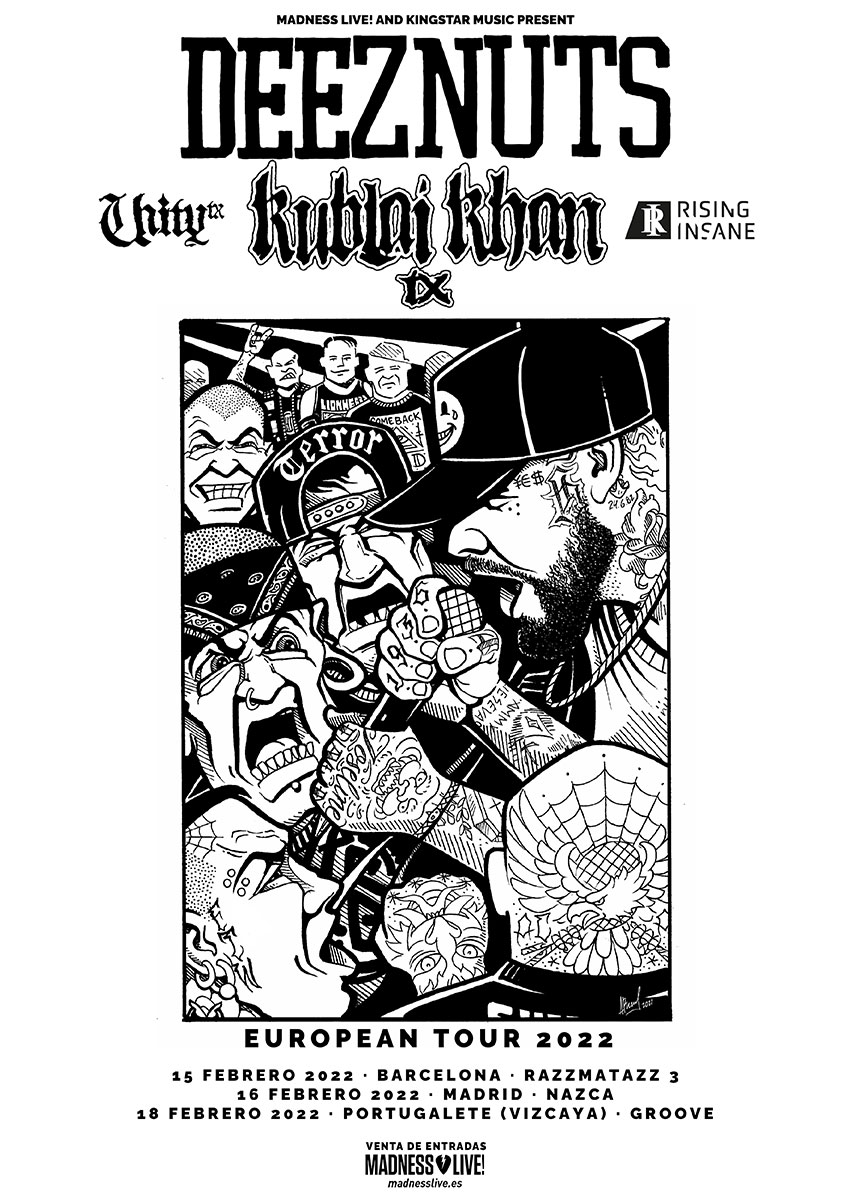 Punk, hardcore, rap, beatdown and metalcore are the five fingers of this fist made tour that will hit Spain very soon. Deez Nuts and their henchmen have come up with a revolutionary way to fight next winter's cold: the pit of the concerts they will play in February 2022 in Barcelona, Madrid and Biscay.

After a full decade spitting solid releases like "Bout It" (2013) or "World Is Bond" (2015) the Australians Deez Nuts bring their fresh and casual, yet still pissed off, style of hardcore punk with their latest album, the 2019 "You Got Me Fucked Up", which includes 10 songs and some strong anger outbursts on each one of them. Vocalist JJ Peters mentioned that it was the band's most important release since their 2008 debut "Stay True" and that "it has our old, signature sound on steroids with a bit of melody, so our music really reached a whole new level because of that".

But they are not coming to Spain alone, no. They will be joined by Kublai Khan TX, an American quartet who is basically the sonic equivalence of a fireball, the fury of a dog about to break its chains. Ever since their amazing 2014 debut "Balancing Survival & Happiness" came out, they have been receiving excellent feedback from the media and have appeared on numerous year-end lists on their follow-up albums "Nomad" (2017) and the crushing "Absolute" (2019), a true vessel of anger, pain and frustration about to explode on the face of cancel culture and social polarization.

Besides these two hardcore juggernauts, Unity TX and Rising Insane will join the tour with their powerful rap metal and accurate metalcore, respectively, resulting in a bonecrushing and unmissable hardcore tour. Forget about the fake antistress products sold on TV, this is what you need!

Tickets on sale Friday 1st October at 11:00 only at www.madnesslive.es